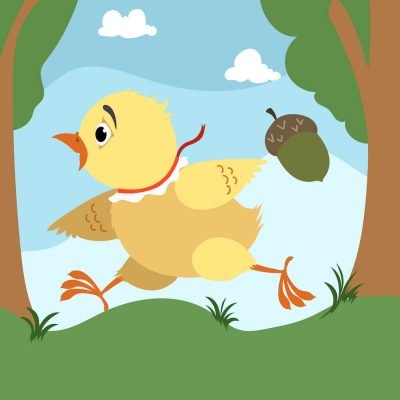 This beloved Greek myth tells the story of a beautiful princess called Psyche – her name means breath or spirit, who was so beautiful that the goddess Aphrodite became consumed with jealousy and set out to make life very difficult for poor Psyche. A great introduction to Greek mythology.  (duration 10 minutes) An episode from the kids’ storytelling podcast, Journey with Story.

Have you ever been a little jealous of someone?  Why were jealous?  Has anyone ever been jealous of you? Why?

Hello everyone. I ‘m Kathleen Pelley.  Welcome to Journey with Story.  Today’s episode is another Greek Myth – seems like a lot of you really enjoy these Greek Myths – this one is the story of a princess called Psyche – her name means breath or spirit, who was so beautiful that the goddess Aphrodite became consumed with jealousy and set out to make life very difficult for poor Psyche.

Thanks to all of you who have been signing up to my newsletter and are enjoying all kinds of  fun resources to make your story time even more enjoyable.  You can sign up at www.kathleenpelley.com and start enjoying your free coloring sheets immediately

Let’s take a Journey with – Psyche and Eros.

Long, long ago, in ancient Greece, there lived three princesses.  Psyche, the youngest, was very kind. She was also very beautiful. Now one day, high on Mount Olympus, Aphrodite, the goddess of beauty heard about Psyche and was very jealous.

All they young men in the kingdom were so afraid of what the great goddess might do to them if they dared to pay attention to Psyche, that they refused to go near her and none of them would offer their hand in marriage.

When her two sisters married, Psyche, stayed at home with her father, but in those days, girls were expected to marry someone, and so her poor father went off to consult the oracle at Delphi.

The oracle told her father that while no man would ever marry his daughter, there was a creature who lived on the top of a mountain that would have her.

Sadly, the king took Psyche to the top of a tall mountain and left her there. But no sooner was she left along on that mountain top, than a gentle west wind lifted her up and swooped her off to a faraway palace – it was the home of Eros, the lonely god of Love.

Eros was a handsome young man, but he had a pair of very big wings. He did not wish to scare Psyche. He made himself invisible and warned Psyche if she valued his love, not to try to catch a glimpse of him.

He treated Psyche with great gentleness, and every night they talked and laughed together, and soon Psyche found herself falling in love with this invisible man. For some time they lived together in great contentment, but after a while, Psyche missed her family so much thatEros agreed to allow her to invite her sisters for a visit.

But when her sisters saw this luxurious palace and all the riches it contained, they were overcome with jealousy and set out to convince Psyche that she was being fooled.

“He is not a normal man,” said one sister.

“He is probably a horrid, ugly monster,” said the other sister.  “After all, if he loved you, why would he not show himself to you?”

“But he’s so kind, so gentle,” Psyche argued. “He cannot be a monster. I would know!”

“He’s fooling you, Psyche. Trust us.” The sisters returned home, dissatisfied with their own lives, and jealous of Psyche’s.

Psyche cried and cried, but one night, she took a lamp in one hand and a dagger in the other, and crept into her host’s bedroom. Instead of the monster she expected to find, she saw Eros, a handsome young man, with two white wings. She was not frightened at all.

A drop of oil from the lamp she held fell on the sleeping god. He woke instantly. He saw his Psyche, leaning over him with a dagger in her hand. With great sorrow, he spread his wings and flew away.

Psyche crumbled to the floor. How foolish she had been to listen to her sisters. She ran outside, to the river. She threw herself into the water. She expected to drown. But Pan, the god of shepherds, pulled her safely from the water.

“Aphrodite is the goddess of love. Ask for her help,” Pan advised her.

Psyche went to the temple of Eros’s mother and asked for help.  Aphrodite appeared before her and told her, “ I will help you if you can complete three tasks.”

Then she scattered a huge heap of mixed grains on the floor.  “Sort this mess into three neat piles,” and with that, she disappeared.

Poor Psyche did not know how to complete such an impossible task, but just then an army of ants crawled under the door.

“Please can you help me? “She begged.

Aphrodite was furious.  She set another task, even harder than the first.

“Over by that stream are some sheep.  Fetch me a bag of their golden fleece.”

Psyche set off for the river, but when she got there, she discovered a heard of angry rams.  Poor Psyche feared for her very life.  But suddenly she heard a voice whisper, “Wait until noon, when they lie asleep in the shade.”

When Psyche handed over the fleece to Aphrodite, the goddess fumed with rage. She set a third task, which was the hardest of all.

“Very well,” she said, handing Psyche a golden cup. “Fill this with water from the River Styx.”

Psyche trembled with fear for in order to complete this task, she knew she would have to die, as that was the only way to cross the River into the land of shades.

Still she set off on her journey and in a short while, an eagle swooped down from the sky and snatched the cup from her hands.  Moments later, he returned with the cup brimming with water.

Now that Psyche had completed all her tasks, Eros suddenly appeared before her.

“You have come back!” cried Psyche.

“I never left, “replied Eros.  For all along, it had been Eros who sent the ants and the eagle, and it was Eros who told her how to gather the fleece.

Then Eros gathered Psyche into his arms and flew them back to his palace.

It took a while, but Eros finally convinced his mother, Aphrodite, to accept Psyche as his wife. With Aphrodite’s help, he convinced the great Zeus to admit Psyche to the ranks of the immortal gods.

In celebration, Psyche and Eros threw a party at the palace. Apollo played his lyre. Dionysus brought the wine. And all the gods rejoiced. As for Eros and Psyche, they lived happily ever after, and to this day, that is why love and soul will never part.

Well that Aphrodite was one jealous goddess, wasn’t she?  Can you think of any other characters from some of the fairytales you may have heard who were also jealous?

That might be a fun activity to do with your friends – see who can come up with the longest list of jealous characters from the fairy tales.