How the Speckled Hen got her Speckles 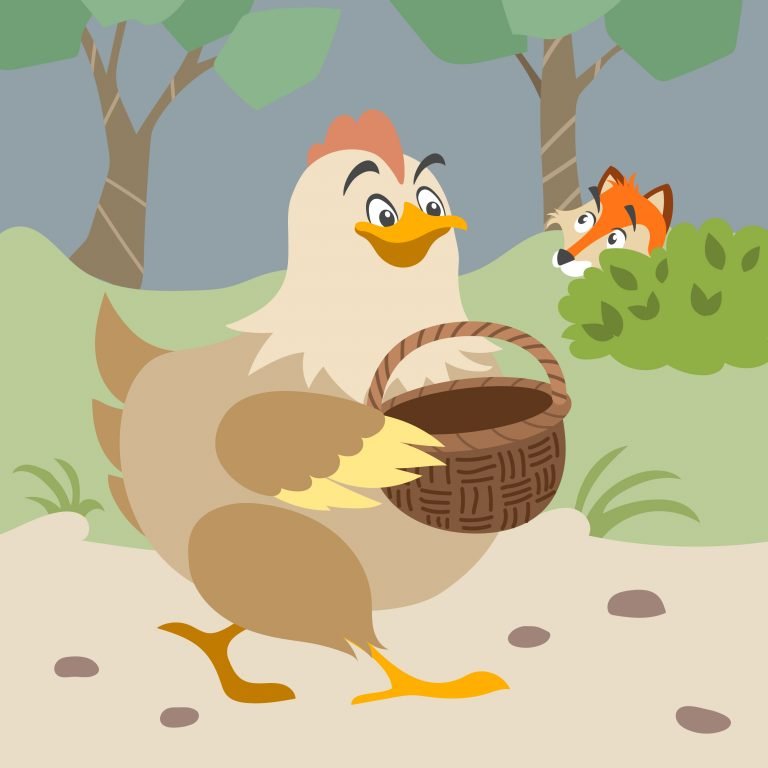 How the Speckled Hen Got her Speckles E:175

A fun folktale from Brazil that explains how a clever and resourceful little hen got her speckles. (duration – 15 minutes) An episode from storytelling podcast, Journey with Story.

How Did the Hen Get Her Speckles? Find Out with this Clever Folktale-Storytelling Podcast for Kids

How the Speckled Hen got her Speckles

Do you know any birds or animals who have spots or speckles?  Can you list as many as you can? Go on – give it a try now.

Hello everyone. I’m Kathleen Pelley.  Welcome to Journey with Story.  I wonder did some of you name some creatures such as…a giraffe, a cheetah, a hyena or maybe a python or a leopard, oh and don’t forget certain types of owls and…yes, some hens are spotted, but we usually call them speckled.  Do some humans have speckles or spots on their skin?  Yes, we call them freckles and lots of children have freckles that look very cute indeed.  So, todays story is a tale from Brazil  about a little speckled hen – hello to all of our wonderful listeners in Brazil-hope you enjoy this episode.

And a big thanks to all of our listeners in Bahrain, Cambodia, Mongolia, Trinidad and Tobago, where we were recently ranked number one in kids educational podcasts. Thanks so much for all of your support!

Oh, and a special surprise for all of you – we are going to air a BONUS episode to celebrate Valentine’s Day so be sure to tune in on February 14th for an extra story episode about a Snowman who falls in Love with a Stove – yes, a stove – let’s see how that turns out.

And remember mums and dads, if you are enjoying this podcast, please take a moment to rate and review wherever you listen to your podcasts.  Thanks so much.

Now…Let’s take a journey with…

How the Speckled Hen Got Her Speckles

Once upon a time, ages and ages ago, there was a little white hen. One day she was busily engaged in scratching the soil to find worms and insects for her breakfast. As she worked she sang over and over again her little crooning song, “Quirrichi, quirrichi, quirrichi.”

Suddenly she noticed a tiny piece of paper lying on the ground. “Quirrichi, quirrichi, what luck!” she said to herself. “This must be a letter. One time when the king, the great ruler of our country, held his court in the meadow close by, many people brought him letters and laid them at his feet. Now I, too, even I, the little white hen, have a letter. I am going to carry my letter to the king.”

The next morning the little white hen started bravely out on her long journey. She carried the letter very carefully in her little brown basket. It was a long distance to the royal palace where the king lived. The little white hen had never been so far from home in all her life.

After a while she met a friendly fox. Foxes and little white hens are not usually very good friends, you know, but this fox was a friend of the little white hen. Once upon a time, she had helped the fox to escape from a trap and the fox had never forgotten her kindness to him.

“O, little white hen, where are you going?” asked the fox.

“Quirrichi, quirrichi,” replied the little white hen, “I am going to the royal palace to carry a letter to the king.”

“Indeed, little white hen,” said the fox, “I should like to go with you. Give me your permission to accompany you on your journey.”

“I shall be glad to have you go with me,” said the little white hen. “It is a very long journey to the royal palace where the king lives. Wouldn’t you like me to carry you in my little brown basket?”

“O, little white hen, where are you going?” the river called out as soon as he saw her.

“Quirrichi, quirrichi, I am going to the royal palace to carry a letter to the king,” replied the little white hen.

“O, little white hen, may I go with you?” asked the river.

“O, little white hen, where are you going?” the fire asked.

“Quirrichi, quirrichi, I am going to the royal palace to carry a letter to the king,” replied the little white hen.

“O, little white hen, may I go with you?” asked the fire. “I have never been to the royal palace and I have never had even a peep at the king.”

The little white hen journeyed on and on, and finally she arrived at the royal palace.

“Who are you and what are you carrying in your little brown basket?” asked the royal doorkeeper when he opened the door.

“I am the little white hen, and I am carrying a letter to the king,” replied the little white hen. She didn’t say a word about the fox and the river and the fire which she had in her little brown basket. She was so frightened before the great royal doorkeeper of the palace that she could hardly find her voice at all.

“Who are you and what is your business?” asked the king in his big, deep, kingly voice.

“Quirrichi, quirrichi, I am the little white hen,” replied the little white hen in her low, frightened, little voice. “I have come to bring my letter to your royal majesty.” She handed the king the piece of paper which had remained all this time at the bottom of the little brown basket. There were marks of dirt upon it where the friendly fox’s feet had rested. It was damp where the river had lain. It had tiny holes in it where the fire had sat after he had turned himself into hot ashes.

“What do you mean by bringing me this dirty piece of paper?” shouted the king in his biggest, deepest, gruffest voice. “I am highly offended. I always knew that hens were stupid little creatures but you are quite the stupidest little hen I ever saw in all my life.”

“Here,” and he turned to one of the attendants standing by the throne, “take this stupid, little white hen and throw her out into the royal poultry yard. I think we will have her for dinner tomorrow.”

The tallest of the royal attendants immediately grabbed the little white hen and carried down the back stairs, through the back gate, out into the royal poultry yard. She still clung to the little brown basket which she had brought with her on her long journey to the royal palace and through all the sad experiences she had met there.

When the little white hen reached the royal poultry yard all the royal fowls flew at her. Some plucked at her rumpled white feathers. Others tried to pick out her eyes. One pulled off the cover of the little brown basket.

Out sprang the fox from the little brown basket and in the twinkling of an eye he fell upon the fowls of the royal poultry yard. Not a single fowl was left alive.

There was such a great commotion that the king, the queen, the royal attendants and all the royal servants of the palace came rushing out to see what was the matter. The fox had already taken to his heels and the little white hen lost no time in running away too. She did not, however, forget to take her little brown basket with her.

The royal household all ran after her in swift pursuit. They had almost caught her when the river suddenly sprang out of the little brown basket and flowed between the little white hen and her royal pursuers. They couldn’t get across without canoes.

While they were getting the canoes and climbing into them the little white hen had time to run a long way. She had almost reached a thick forest where she could easily hide herself when the royal pursuers again drew near.

Then the fire which had changed itself into hot ashes jumped out of the little brown basket. It immediately became dark, so dark that the royal household could not even see each other’s faces and, of course, they could not see in which direction the little white hen was running. There was nothing for them to do but to return to the royal palace and live on beef and mutton.

But the fire which had turned itself into ashes sprang out of the little brown basket so suddenly that it scattered ashes all over the little white hen. From that day, she was always speckled where the ashes fell upon her.

So, next time you see a speckled hen, you will know just how she got those speckles.  I wonder if you might like to make up your own story about how the giraffe got his spots or how the leapord got his spots.  And I bet this story must have painted some pictures in your mind – please do send us your drawings and pictures – you can send them to us on our website www.journeywithstory.com or on IG at journey with Story. We love to share your drawings with all of our listeners and you just might earn a shout out on the show too, so get busy with those drawings!