History of the Seven Families P2:E177 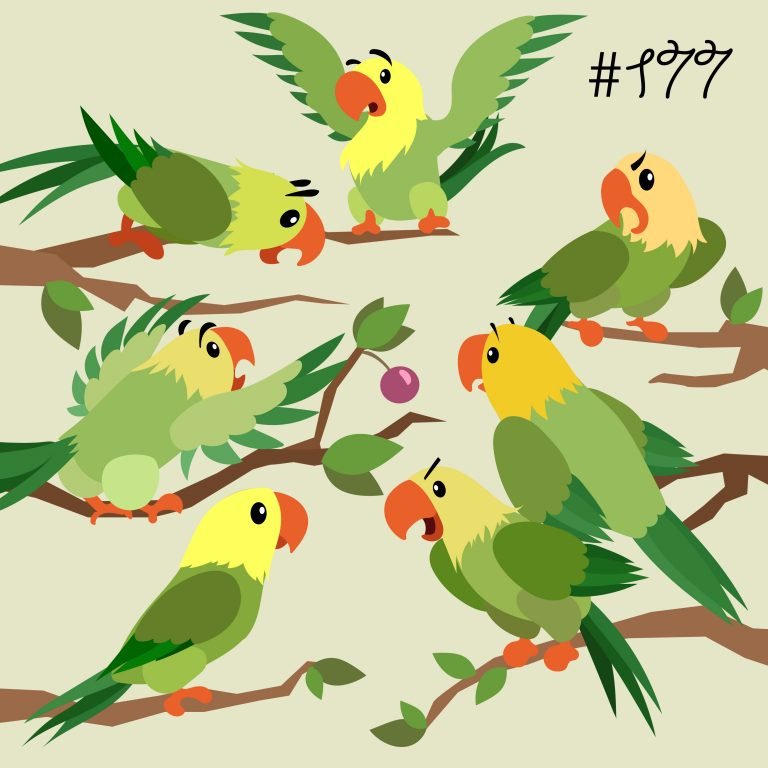 The History of the Seven Families Part 2:E177

When seven young families of parrots, guinea pigs, storks, owls, geese, cats, and fishes, set off into the world on their own, they forget their parents’ advice and so come to a dreadful end.  Part 2 of 2.  (duration 10 minutes) An episode from Journey with Story, a storytelling podcast for kids ages 5-10.

The History of the Seven Families Part 2 by Edward Lear

Do you remember our nonsense story from last week?  It was a fun story poem about what happened when seven young families set out on their own into the word without heeding the advice from their parents.  If you missed last week’s episode which was Part 1, then you might want to go back and take a listen to that first.

Hello everyone. I’m Kathleen Pelley. Welcome to Journey with  Story.  Today’s episode is part 2 of our story from last week. As I mentioned last week, Edward Lear is a master with words and you will hear lots of fun made up words as well as some real words that you might not have heard before, such as superfluous, transitional inflammation and pensive – but do not worry a whit – you will be able to guess the meaning of most of these words from the flow of the story…so enjoy.

Let’s take a journey with – The History of the Seven Families of Lake Pipplepopple by Edward Lear.

When the Seven young Owls set out, they sate every now and then on the branches of old trees, and never went far at one time.

And one night when it was quite dark, they thought they heard a Mouse, but as the gaslights were not lighted, they could not see him.

So they called out, ‘Is that a Mouse?’

On which a Mouse answered, ‘Squeaky-peeky-weeky, yes it is.’

And immediately all the young Owls threw themselves off the tree, meaning to alight on the ground; but they did not perceive that there was a large well below them, into which they all fell superficially, and were every one of them drowned in less than half a minute.

So that was the end of the Seven young Owls.

The Seven young Guinea Pigs went into a garden full of Gooseberry-bushes and Tiggory-trees, under one of which they fell asleep. When they awoke, they saw a large Lettuce which had grown out of the ground while they had been sleeping, and which had an immense number of green leaves. At which they all exclaimed:

‘O let us leave this tree and eat

And instantly the Seven young Guinea Pigs rushed with such extreme force against the Lettuce-plant, and hit their heads so vividly against its stalk, that the concussion brought on directly an incipient transitional inflammation of their noses, which grew worse and worse and worse and worse till it incidentally killed them all Seven.

And that was the end of the Seven young Guinea Pigs.

The Seven young Cats set off on their travels with great delight and rapacity. But, on coming to the top of a high hill, they perceived at a long distance off a Clangle-Wangle (or, as it is more properly written, Clangel-Wangel), and in spite of the warning they had had, they ran straight up to it.

(Now the Clangle-Wangle is a most dangerous and delusive beast, and by no means commonly to be met with. They live in the water as well as on land, using their long tail as a sail when in the former element. Their speed is extreme, but their habits of life are domestic and superfluous, and their general demeanour pensive and pellucid. On summer evenings they may sometimes be observed near the Lake Pipple-popple, standing on their heads and humming their national melodies: they subsist entirely on vegetables, excepting when they eat veal, or mutton, or pork, or beef, or fish, or saltpetre.)

The moment the Clangle-Wangle saw the Seven young Cats approach, he ran away; and as he ran straight on for four months, and the Cats, though they continued to run, could never overtake him, — they all gradually died of fatigue and of exhaustion, and never afterwards recovered.

And this was the end of the Seven young Cats

The Seven young Fishes swam across the Lake Pipple-popple, and into the river, and into the Ocean, where most unhappily for them, they saw on the 15th day of their travels, a bright blue Boss-Woss, and instantly swam after him. But the Blue Boss-Woss plunged into a perpendicular,

where in fact his house was.

And the Seven young Fishes, swimming with great uncomfortable velocity, plunged also into the mud quite against their will, and not being accustomed to it, were all suffocated in a very short period.

And that was the end of the Seven young Fishes

After it was known that the Seven young Parrots,

and the Seven young Storks,

and the Seven young Geese,

and the Seven young Owls,

and the Seven young Guinea Pigs,

and the Seven young Cats,

and the Seven young Fishes,

were all dead, then the Frog, and the Plum-pudding Flea, and the Mouse, and the Clangel Wangel, and the Blue Boss Woss, all met together to rejoice over their good fortune.

full of joy and respect, sympathy, satisfaction, and disgust.

Well, after listening to this, I think you might agree – maybe it is a fun way to remind us that it usually is a good idea to pay attention to what our parents tell us to do – especially when we set off into the world on our own – right?

But of course, this is just a nonsense poem and is really all meant to be taken in good fun and weren’t some of Edward Lear’s made up words truly marvelous – words like the Pipple-popple lake, and the Blue Boss Woss, and tiggory trees.  I do hope some of you might be inspired to draw some wonderful pictures after listening to this story – do send them to us at www.journeywithstory.com so we can share with others and you just might get a shout out on our podcast too…so get busy.